During the ISTE 2013 Photo Walk in San Antonio, TX we met Carlos Austin. He is a professional photographer from Austin, TX who drove to San Antonio just to participate in the photo walk.

After our walk from the convention center to the Alamo, the 172+ participants started breaking into smaller groups to continue their photo walk. Carlos approached Larry Anderson and myself and offered to guide us around the Alamo grounds and Riverwalk, showing us photo opportunities we would never have found on our own.

I can't express enough how much Carlos added to our photography experience. He is a natural teacher, and actually teaches an extension photography course through the university in Austin. 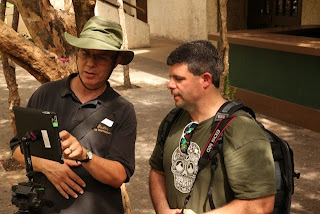 Carlos helping Tony, just as he helped all of us during the day.

I have not learned so much about photography in a short time since spending three days learning about photography from Vincent Laforet in 2007 at an Apple Distinguished Educator Institute in Monterey Bay, CA. Carlos would watch us make a photo, and then kindly suggest that we try again from a different angle, framing it differently, work with the lighting and shadows, try different exposure settings, etc. I have several before and after photos - before Carlos' suggestions and after his suggestions - that I will use in future workshops. For one photo Carlos had me try it at least six times until I got it right :-) 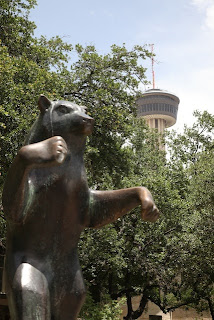 Here is the photo that I made multiple times before this final image. 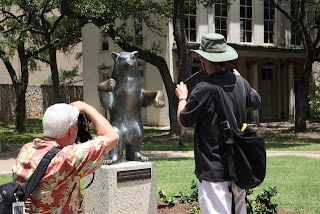 Here Carlos is helping Larry with the same photo, and using a reflector to fill in light in the dark areas. 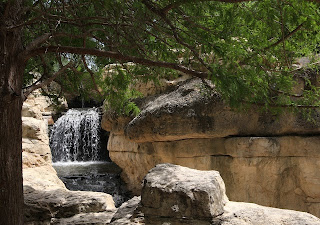 I had first composed this photo cutting out the tree on the left.
Carlos pointed out how it helped frame the photo. 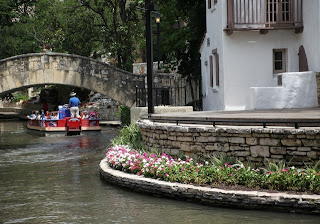 Here I had originally made the photo without the boat.
Carlos suggested I wait for one to come by and capture it as it just went under the bridge.
He explained how the lines in the photo would draw your attention to it.

Even though Carlos came all the way from Austin for the photo walk, all he brought with him was an iPad and tripod. I had not considered the iPad as a serious camera since the iPhone has a better lens and is always with me. In fact, there is a new branch of photography people refer to as iPhoneography but is now considered to be photography from any smart phone. Carlos prefers the iPad as he used some Apps I had never heard of that provide adjustment tools that require the larger screen. 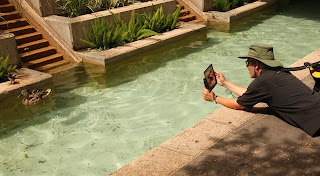 Carlos also uses a tripod, and usually sets a timer to make the photo so that he isn't getting the photo out of focus by moving the screen. This "trick" also allows him to get into the photo himself, such as the photo he made of our group at lunch. It also allows him to extend the iPad to make photos up to ten feet in the air or out over obstacles such as water. 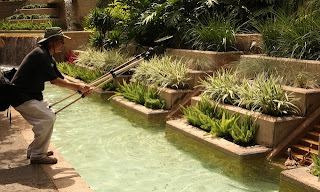 Here Carlos uses the tripod to hold the iPad out across the water to
make a photo of a mother duck and her ducklings. 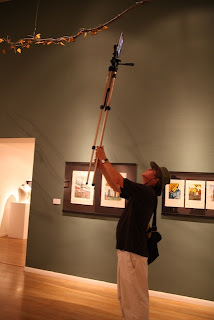 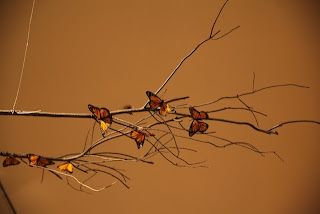 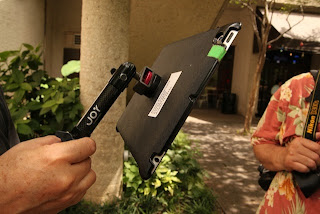 This is the iPad holder he used to attache it to his tripod.

I have been doing iPhoneography workshops for some time, and have collected around 60 Apps I recommend. Only about ten of them are Apps that Carlos uses.
http://list.ly/cnansen

Here are the Apps Carlos had on his iPad, with prices where I could find them and a link to the App in the iTunes Store. They are grouped in the same way Carlos had them organized in his folders.

An app for an iPhoneography community
Mobitog Community (Free) - http://itun.es/i6xS24W